You are here: Home / Nutrition / Guide to Egg White Protein

In comparison to other protein foods and supplements, egg whites are considered the most potent and safest. They have the highest protein composition, zero fat, zero cholesterol, and lower carbs. Fitness enthusiasts relying on egg white protein may find that that they spend less time in the gym and build lean muscles faster.

How many calories in an egg white? 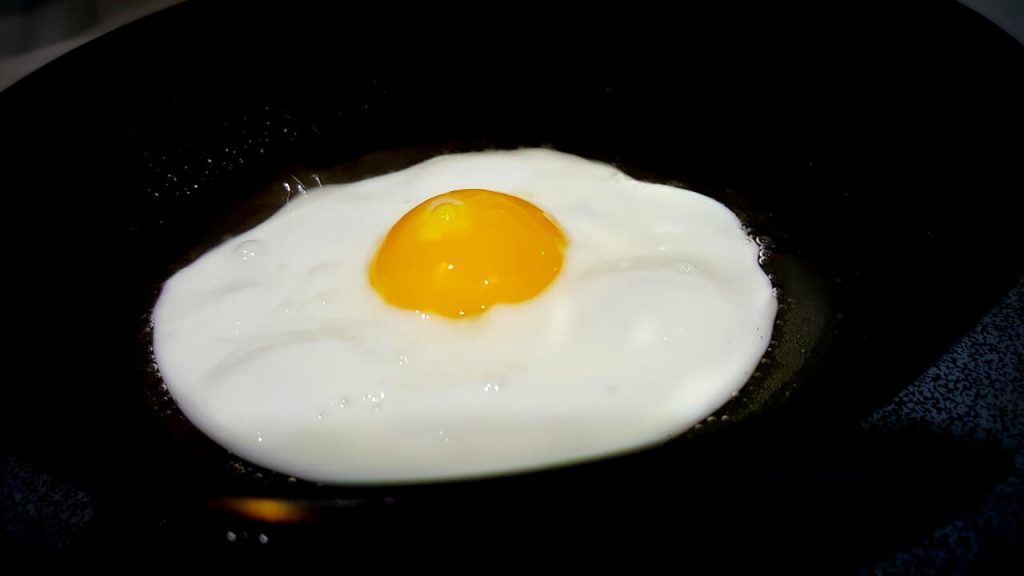 Egg white is the best recommended low-calorie protein source for muscle building. One raw egg white contains 17 calories, which is the lowest compared to whey’s 113g per scoop and soy’s 95 g per ounce.

Healthline confirms that egg whites are lower in calories than whole eggs. While an egg white has 17 calories, a whole egg contains 71 calories.

The low-calorie nature of egg white makes it a reliable protein supplement for those targeting weight loss or a leaner body mass. If you are trying a low-calorie diet, including keto and others, egg whites might be safe to include in your meal plan. The risk of gaining weight from white egg supplements is lower compared to whey and soy.

Can you freeze egg whites?

Egg whites freeze well and provide a way to preserve leftovers for future use. The USDA, the US Department of Agriculture, confirms that egg whites can be preserved in the freezer for one full year.

You can freeze egg whites in ice cube trays until they are solid and then seal them in a bag. It is advisable to label your bags of egg whites with the date of freezing so that you can track their viability.

To remove the ice before use, place them in a fridge overnight. Rest the frozen egg whites at room temperature for about half an hour so they can regain their foaming power. Frozen egg whites can be used in recipes such as Pavlova, homemade granola, and candied nuts.

How much protein in an egg white?

A large whole egg contains approximately 7g of protein with 3g being in the yolk.  There is more protein in the egg white per gram and less calories.

The recommended protein intake for an average sedentary man is 56 grams of proteins and 46 grams for a woman. Egg whites can significantly help to meet these requirements.

Studies have found that the protein component in egg whites and other foods reduces postprandial glucose response (feeling dizzy and fatigued after a carbohydrate meal), improves satiety, and lowers the risk of overeating snacking during the day.

How do you make egg white protein power?

You can buy egg white protein powders on Amazon, we recommend Now Sports or MRM powders.  But you can make these at home if you want to save some money. Here’s a quick guide to making your own batch:

1) Get 12 eggs and separate out all the egg whites and discard the yolks.
2) Place the egg whites on a baking try and bake for 6-8 hours on a very low heat.  Around 120-150 degrees F.
3) Once the mixture has been cooked, grind the egg whites up with a pestle and mortar.

The rule of thumb to grow thicker and fuller hair is to eat lots of proteins. The protein-rich nutritional composition of egg whites makes it a potential aid for hair growth. We must also point out the mineral and vitamin composition of egg white and how they prevent hair loss; egg whites contain some amounts of vitamin B complex and magnesium, both of which promote hair follicle growth and prevent hair breakage.

Some people use egg whites directly as a hair mask to reverse hair loss and promote hair growth. Anecdotal evidence reveals that using egg whites as a hair mask can strengthen hair, reduce dandruff, and remove excess oils from the scalp. Significant results may be attained by combining egg whites with coconut oil.

How long can I keep egg white in the fridge?

Egg whites can be kept in the fridge for up to two days, according to the BBC good food. Just like when storing eggs in a freezer, careful labeling is recommended so that you don’t end up with food poisoning.

Refrigeration is reliable in controlling the growth of bacteria in egg whites. When sealed and stored at the right temperatures (below 4ĀC), your egg whites might last in the fridge for a few days longer than the recommended two days.

Beware, though, that after a long time of storage in the freezer, the egg white quality might deteriorate rapidly. The egg whites lose their water content and become thinner. If that is followed by a long thawing session, the egg whites may dry up and lose their ability to foam

How many carbs in a boiled egg white?

Apart from carbs, egg whites have small amounts of minerals and vitamins. A 2014 study confirms that you can elevate these additional nutrients by pickling your egg whites. The preservation technique reportedly boots the amino acids, copper, calcium, magnesium, and iron content in your egg whites.

Among the foods that cause inflammation include sugars, saturated fats, trans-fats, omega-six fatty acids, gluten, and casein. Egg whites do not contain any of these nutrients, and so are not considered inflammatory.

Egg whites are treated as an anti-inflammatory food in many scientific quarters. They are said to contain bioactive proteins that have antimicrobial and immuno-protective properties. Egg whites can help to fight the inflammation that is always at the center of most illnesses.

Raw egg whites are considered safe and easy on your digestion, provided they are fresh and from a salmonella-free chicken. Otherwise, there is a risk of the eggs being contaminated with salmonella that can pass on to you when you consume raw egg whites.

Pasteurized egg whites are highly recommendable if you are looking to enjoy all the protein and vitamin nutritional qualities of egg whites. The Pasteurization process kills salmonella without damaging the heat-sensitive proteins and vitamins in the egg white.

What vitamins are in egg white?

Egg white contains some amounts of vitamin B2, also known as riboflavin. The latter plays a crucial role in metabolism and weight management. Egg whites further contain vitamins B-3, B-5, and B-6 and small amounts of B-1, B-9, and B-12. These collectively support the metabolic system, the immune system, and the nervous system.

Fattening foods have to be high calorie or high carb. The fattening process happens when your calorie intake is higher than your metabolic rate. Egg whites are leaner, they contain a negligible amount of calories and carbs and can thus be considered non-fattening.

Egg whites are easy to use, affordable, and powerful source of proteins. Unlike other protein food sources and supplements, egg whites are low-calorie, low-carb, and low-fat foods. They are thus the most effective protein food for losing weight and building lean muscles.

Handcrafted with by Jamie with the help of Red Bull